I was asked recently by So Sylvie to participate in a fun little virtual project of redesigning Gerard Butler's Chelsea loft, which is featured in Architectural Digest this month. It seems that his newly renovated pad has been getting quite a lot of attention on the net. I'm not judging, as a matter of fact I sheepishly admit that I had never heard of Gerard Butler until now. All that I know is that he lives in a space boasting bones as sophisticated and prolific as those that once graced the face of the uberdistinguished Katharine Hepburn.

This is my answer:
I understand, after having read the A.D. article, that Gerard Butler has played some mighty meaty roles; the Spartan king, Attila the Hun, Dracula, the Phantom of the Opera, and Beowulf. Also, that his interior designer, Elvis Restaino, is a set designer... the photos in A.D. of his apartment are hugely theatrical. No doubt Architectural Digests' ridiculously over-the-top lighting extravaganza plays a part in theatrics of the photos, but all of the columns, many crystal chandeliers, and thrones placed throughout the pad also contribute to the weightiness, and overall phoniness of its appearance. I think that I'd start by cleaning house. Toss all of the "props", paint & paper the walls, and collect furniture with some provenance to appeal to Gerard's obvious attraction to history.

Be sure to check out how these fine ladies would redesign this space:

So Sylvie
Jaclyn Ehrilich of Haute Home
Valorie Hart of Visual Vamp
Ronda Carman of All the Best
Di Overton of Designers' Block UK
Posted by Scott Fazzini at 1:03 PM 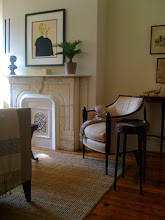 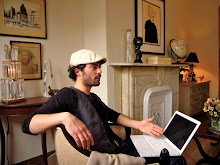 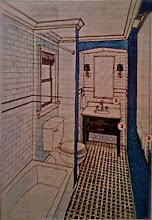 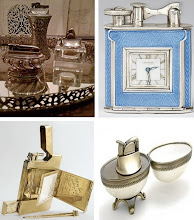